About the Tokyo Kogaku Collection

You are here: Home / About the Tokyo Kogaku Collection 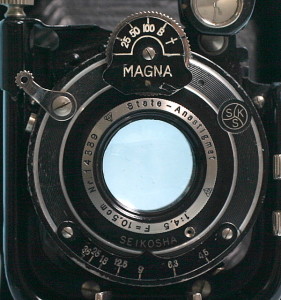 This unique Topcon collection has been gathered in a time span of more than 35 years by Jan Bos.

It adds up to an almost complete overview of the photographical equipment made by Tokyo Kogaku. Starting in 1933 with the State Agnastigmat lens (used for the Kokka plate camera) up to 1981 with the last Topcon RM300 camera and the last Large Format Topcor lens series produced for the Horseman technical cameras.

Jan Bos was born on the 2nd of July 1952 in Rotterdam. He worked since 1973 as professional camera repairer. First employed by REOF b.v. here he repaired his first Topcon camera. In 1974 he started to work for the Fodor/Foka company in Rotterdam, and later on he became an employee of Fuji.  Due to a international relocation of Fuji repair service he lost his occupation as camera repairer in October 2005 . By that time the demand for good old fashioned professional camera repair was much lesser. So he was forced to leave his profession.  In his own time he continued the repair and restoration of vintage and collectible cameras and lenses. Being a member of the Dutch Fotografica society, he met over the years many fellow devotes and collectors of “old” photographical equipment. He initiated a small repair club which existed for many years and which was located in his living room “repair studio”. He went with his friends to many international photographical markets and various conventions of the Nikon Historical Society. Due to a tragic factory accident he lost hi 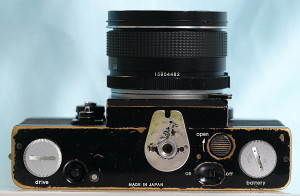 He kept is own collection silent. Fellow collector knew he had a collection, and there has been some exchange with a fellow Dutch Topcon collector Bert de Vrijer and other Topcon collectors . Likewise he was approached by Macro Antonneto prior to his writing the “Topcon Story, Topcon enigma”, but is unsure weather Jan Bos contributed to the book. Personally he used a heavy used Super Dm for many years (still working properly). Like most analogue lovers he relatively late started to use a digital camera for personal usage.

He left a remarkable collection of Tokyo Kogaku production. Most of it he obtained second hand. Many items will have been checked and if necessary repaired or upgraded by himself. In the period he was employed by Fodor he introduced to his colleagues listing to classical music whilst repair work was undertaken. It is very likely that some items of this collection have been serviced within a similar atmosphere where classical chamber music filled the room.A number of the repair projects was unfinished at the time of his passing, some of these have been completed a fellow Dutch photographical repairers.

The story of Topcon.

The Jan Bos Topcon collection shows the story of how the Japanese firm Tokyo Kogaku developed from being a specialist optical producer into a inventory camera producer at the late fifties. It shows how it blossomed in its golden years during the sixties, and gradually was forced to leave the m

arket during the mid- seventies, to stop with camera production around 1981.
The Topcon golden years mark a particular age in analogue photographical production. During these 2 decades Japanese camera manufactures overtook the market from the old European producers. Topcons mayor contribution in this was their invention of the first through the lens light meter (TTL) camera: the Topcon Re Super. Yet underneath this major invention lay more: the company produced for many years already very fine lenses (the company was the first to produce a fast 30cm lens, and used e.g. see though plastic on the lens for the reading of the focal distance). Being the most “German” Japanse company their emphasis on quality, durably and ergonomic design. The first Topcon SRL: the Topcon R, was well received on the US market by the Beseler company. Later on the qualities delivered for a contract with the US navy.
Research will show that the TTL invention and the RE super had a long preparation within the firm, and it had e.g.   peculiar offspring in the F-auto Topcor lens series:  these where already produced against the design of a TLL camera but sold with the Topcon R 2 and 3  which had no build in light meter at all. Yet these lenses were ready to pass on the aperture setting to a build in light meter.

The Dutch company Foka/Fodor started to import very soon after WWII Japanese photographical equipment to the Netherlands. Tokyo Kogaku also produced an TLR camera for Fodor (a renamed Topcoflex IV) which entered the Dutch market as the Fodorflex II. Also the Leotax which its Topcor lenses were imported by Fodor. By this a small company of Topcon devotees grew also in the Netherlands. Not all of  the early post war Topcon models were available in the Netherlands. In other European countries like Italy, France, England and the Scandinavian Countries Topcon became better known.  Hamimex imported Topcon models for the common wealth countries.  Porst a German company imported the Wink S Mirror which was sold as the Porst reflex. The main market seemed to have been in the USA where the Beseler company imported Topcon equipment under own Brand name or as Beselar Topcon. This also made that different models are known under different names.

In the early seventies more and more electronic functions started to be integrated in the camera. Topcon ceased to go with the flow of this.  They started to loose their market position. The last “real” Topcon model the Super Dm was a very fine camera indeed, however it was becoming “old” against the more fashionable models of e.g. Canon, Nikon, Olympus and Miranda. On the midrange and economical low end of the market Topcon was always a bit expensive and proved to be not competitive to the nowadays well known Japanese producers. This despites the surprising quality of the UV-Topcor lens series. Unfortunately some of their early econocam models (like the wink mirror and UNI) had their particular weak spots. A sign that Topcon maybe wanted still to continue (in lens production) could be seen in their changing lens mount in their last camera, the RM 300 and in the AM Topcor lens series.

In the seventies also changes occurred in the production: a lot of the assembly was done by other firms. The Topcon IC one, and the later RE200 (Exakta EDX 2/Carena K SM), RE300 (Exakta EDX 3) and RM300 (Quantaray D2-RZ),(with the AM Topcor lens series) may have been assembled by other companies. Some Topcon devotees do not even regard them as real Topcon camera’s. Topcon last prototype never got produced by Topcon, but appeared as the Cimco LS-1, with a Miranda trademark and with a Lindenblatt trademark. A a compact Topcon 135EE was produced and designed most likely by Haking. Most of the camera bodies from this period have a more average look and feel about them and “look alikes” could be spotted as is likely the same for “off shoots” of the last RE Topcor lens series. Around 1981 the company ceased its activity on photography marked. Nowadays it is still market leader on medical (eye care) and positioning equipment.

Two other branches are very much connected with Tokyo Kogagu, the first is Leotax (Showa optical works) for which Tokyo Kogaku produced various LSM lenses, some of which are highly esteemed.

The other brand name is Horseman nowadays still exiting for which until 1981 Topcon took care of the production of lenses and medium and large format technical camera’s. As from 1960 to around 1984 Topcon took care of the production of these fine quality technical camera’s, and produced a few series of Topcor/Horseman medium and large format lenses. The last LF Topcor lensserie was further produced for Caltar.

This is a demo store for testing purposes — no orders shall be fulfilled. Dismiss